A major tenet of the Jewish faith is the expectation of the Messiah, who is destined to usher in the blissful Messianic Era. Thus far, the Jews insist, he has not come. 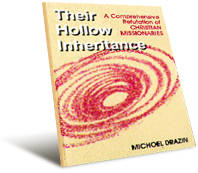 However, it is claimed that in the first century C.E. there lived a Jew who was this anointed Messiah. Thus, he was given the title Christ, a derivative of the Greek word Christos, meaning the anointed one.

In the New Testament, the events of Jesus' life, and death are associated with various passages in the Hebrew Bible, creating the impression of prophecy and fulfillment. It is generally assumed that the veracity of these accounts must be a matter of faith. However, faith is justifiable only when something cannot be determined by knowledge. And since the authenticity of the "messiahship" of Jesus rests primarily on existing records, a study program can feasibly be undertaken to ascertain its validity.